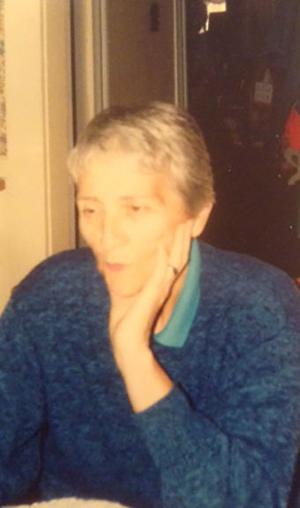 Elizabeth “Betty” Minnie Caron Giorgianni gifted the town of Troy with more than $800,000 in her will. 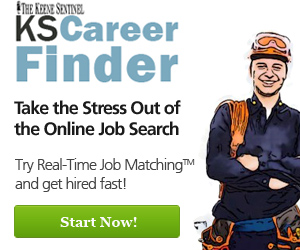 TROY — A former resident who died earlier this year has left the town a monetary gift that has town officials surprised and grateful — especially since it equals nearly half of this year’s operating budget.

Elizabeth “Betty” Minnie Caron Giorgianni left the rural town of about 2,145 residents $821,500 in her will.

Selectmen Chairman William T. “Tom” Matson said the gift isn’t marked for a specific use and is equal to about half of the town’s 2016 operating budget of about $1.5 million.

“It’s a tremendous boost,” he said. “It gives us the ability to look at our organization and look at the quality of what we’re doing, rather than just looking at cost.”

Giorgianni, who was born and raised in Troy, died at age 90 earlier this year, and left the money to the town in her will. She lived in Reno, Nev., at the time of her death, and is buried in Troy’s Mountain View Cemetery, along with her husband, Joseph, and her grandmother, mother and father.

“It’s too early to say specifically what it will be used for,” Matson said. “We don’t have any immediate needs, and nothing is falling apart. This gives us the luxury of being able to do some long-term planning and do it right.”

He said Monday’s vote was just to accept the bequest and that selectmen will talk to the leaders of town departments and committees to determine where the funds could be best used. For example, he said, some of the funds could be used to lower the tax rate.

Much of the donation will probably be invested, he said, as there is the opportunity for it to generate “significant interest.”

It’s likely some warrant articles about spending portions of the money will be drafted to come before voters at town meeting in March, he said.

Town officials learned of Giorgianni’s gift following her funeral this past spring, when members of her family came to town hall to tell them, according to Matson, who said the news came as a total surprise. The N.H. Attorney General’s Office has since reviewed the will and given town officials instructions on how to handle the bequest, he said.

While growing up in Troy, Giorgianni attended the town’s school and went on to study at the University of New Hampshire in Durham, according to a statement from Dayna L. Drake-Walker, which Matson read at Monday’s meeting.

Drake-Walker, who lives in Connecticut, knew Giorgianni through connections with her family.

Giorgianni began her career teaching physical education at a high school in Massachusetts before moving to San Diego, Drake-Walker wrote. There, Giorgianni met her husband, who was a college auto mechanics teacher. They were married in Fitzwilliam in 1961 and settled in Los Angeles, according to Drake-Walker.

But they visited Troy often to see family and friends, Drake-Walker wrote.

“Deep New Hampshire roots and deep connections to Troy are in so many of us in the room today and are what make this ‘giving back’ legacy gift to Betty’s beloved hometown extra special,” Drake-Walker wrote.

Giorgianni’s donation comes to the town at a time when officials and residents are focused on trying to make life there better.

It wasn’t that long ago that Troy Mills, the town’s largest employer, filed for bankruptcy and closed, and even a shorter time has passed since the town faced a cash flow problem that caused town officials to turn to the state for help, to no avail.

While town’s coffers eventually got back on track, making ends meet continues to be a challenge. The town has one of the highest total tax rates in the state at $32.11 per $1,000 property valuation.

In 2014, Troy opened a new community center at the Samuel E. Paul War Memorial Recreation Area, or Sand Dam. While the town paid for some of the project, the bulk of it was covered by former Troy resident Peter T. Paul, a California businessman and philanthropist.

The recreation area, and now community center, are named after his father, Samuel Paul, who was a doctor who practiced locally and chairman of the town’s first memorial recreation committee.

Matson said he believes Peter Paul’s donation of the community center is helping spark interest in other people with connections to Troy, including Giorgianni, to give back to the town.

Around the region are public buildings, such as schools and libraries, named after people who helped pay for their construction, he said. As his town and others continue to struggle to make ends meet, Matson reflected on those days.

“Maybe they’re coming back,” he said.

Always at your Fingertips! Click to check it out.